One of my best friends here is a white (well Jewish) guy who moved here a few years before me, from the US. He’s from Texas or California, never really clear about that. Anyway: he is also a journalist, does the same kinda thing that I do, but why is he called an expat and I am called an immigrant. That’s some of that white privilege.

He and I have made fun of the ignorance that creates this distinction and we have had serious discussions about it, so I know where it comes from, but it will always baffle me with how much disdain certain immigrants (like me) are treated, as opposed to other (white, western country) immigrants. 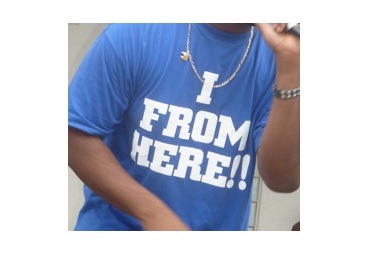 The funny thing is that I have seen this in each of the three countries that I have lived in before I decided to settle down in the Netherlands. In Suriname, where I was born (country in South America, former Dutch colony) people would look down at immigrants from Haiti, neighboring Guyana and Cuba. In Saint Martin 80 percent of the community is of immigrant descent and only a small percentage of that remaining 20 percent was actually born there, but I remember how much they despised immigrants. I remember how it felt when people that I worked with would wear a T-shirt that had “I From Here” written on it.

Immigrants weren’t “from here” so immigrants were less than locals … and many locals who wore these Tshirts considered me their friend! It shouldn’t bother me, because it was not about me! I was different than the rest.

I have heard the same thing here. “You’re not like the rest”

I am not an expert on migration -so it took some convincing to have me speak here today- but I have always hated borders. Even as a child, growing up in the forest of Suriname, where my world was so tiny and I would read books about the wider world, and I would dream about countries that I visit these days, it would anger me that local politics made it almost impossible for my people to travel outside Suriname. You need visa for almost every country you wanna visit. I hated that notion, I hated borders because they were man made.

When I was growing up and people would speak about illegals, I always found myself wondering how anybody could be illegal on earth. Nobody owns this place!

I have always deplored deep seethed feelings of nationalism. I have always known that it was stupid not to recognize the wealth that comes from traveling, from visitors.

So I left Suriname as soon as I had the opportunity. I think I was 23. Not to leave per se, but to go. To see the world.

I decided to move permanently to the Netherlands when I was 44. I had been all over the world, I had a wealth of experience and expertise, so I knew how I wanted to be treated.

I encountered racism and marginalization from the get-go.

I could tell you stories, but then I would be speaking way past the intended length of this conference. It’s the experience many immigrants encounter, especially those that look like me.

The difference is that I am a writer, a journalist and my pen is as sharp as a razorblade. Plus I am a big guy with a permanent frown on my forehead, so people tend to not mess with me.  I knew how I wanted to be treated and I demanded it. Publicly.

I have sided with anti-racism activists and here my specific goal is to change the subjective way journalism is practiced when it comes to reporting racism. Honestly, when it comes to racism, I am subjective myself, proudly. I have had disagreements with other journalists about this, because I believe that you cannot be journalistically objective when it concerns racism!

Ironically enough I have lost friends over this, who didn’t seem to realize that they were angry at me demanding that I be treated like everybody else is being treated. That my Black Live Matters. Imagine that. 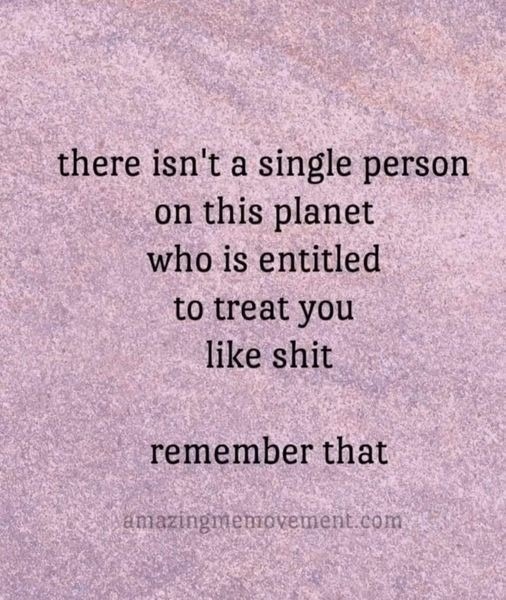 I write lengthy rants about this and my other experiences on Facebook, I started AFRO Magazine where I write opinion pieces about it, I use my journalism as my activism, I speak about it regularly.

And I also use my position in education to call attention to things.

I manage educational support activities for immigrant children. One of the things that I do is that I go to schools with parents, when the schools want to place their children at lower educational levels because of where they come from. I remember a girl who had fled the war in Syria, who they wanted to drop to vocational school, even as this child was proving to us that she could handle math and biology and other beta subjects with ease. They wanted to hold her back because she was lagging behind on Dutch language lessons.

So I pleaded with them to reconsider with the promise that we would give this child the TLC that she needed and that we would make sure she could handle the higher levels.

Well, It’s three years later and she is about ready to graduate and enroll at a university next year!

If I had not intervened this child would have been held back and her potential could have gone to waste, which would have kept her family in a cycle of mediocrity. Every year there are at least three of these types of students that I have to go fight for.

Last month, just days before our current lockdown here, I was supposed to go meet with a school director who wanted to expel a 15-year-old boy from Ghana. This boy wants to be an accountant later and they wanted to expel him and drop him to a lower grade, because he fought a couple of other boys who were bullying his little brother. His entire future in jeopardy because he wanted to be a big brother!

I haven’t been to the school yet because of the lockdown, but my experience is that schools back down when people like me show them that we’re watching.

We all have a role to play

I know how I want to be treated and there is no way I am gonna sit by and watch anyone be treated worse than that.

We have to demand better.

And while I applaud efforts from organizations that want to better the situation of immigrants, we should also teach immigrants that we have to start demanding better for ourselves.

I know someone who was raised here, that I have come to find the most condescending person ever, because she considers herself more than immigrants who just moved here. I remember her mother complaining about there being too many mosques in the country. “These people are taking over this country!” The whitest right-wing statement ever to come out of a black woman’s mouth.

Last year I had a heated argument with a writer here -some old woman whose skin color is the same as mine- who felt the need to tell black anti racism activists that they should either accept their place in this country and the head start that white people have … or go back to their black countries.

I will never understand this.

Like I said, I have seen bad treatment of immigrants in countries that I have lived in before I moved to the Netherlands. Bad treatment by the same people who complain about the treatment they get when they come here. 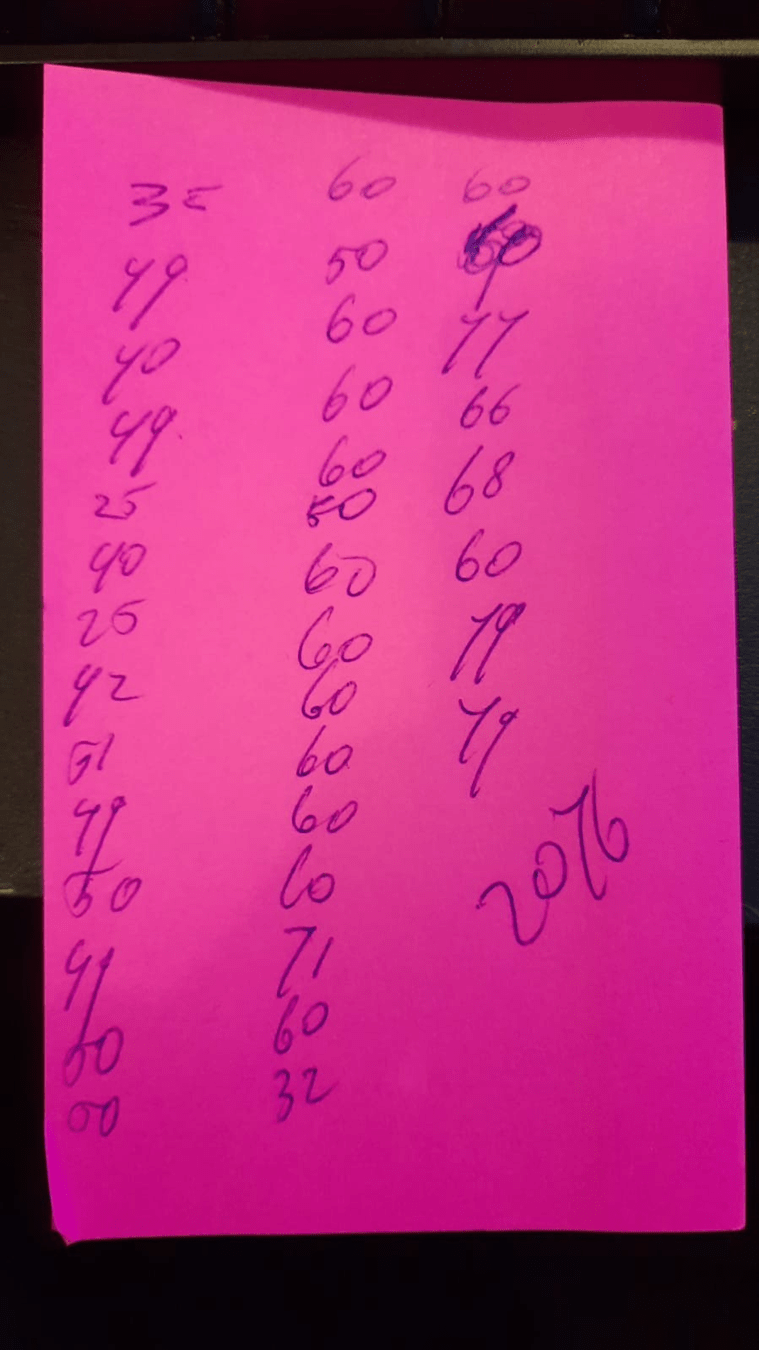 I wanna leave you with one last observation.

Last weekend I did something that I have been wanting to do for some months. I tallied up all the money that I have spent on gas since February 2020. That month I got into an argument with a gas station manager over some nonsense and he decided to treat me like a nobody and I felt that it was because I was an immigrant and black!

So after I was done cursing him I left and I never went back to his gas station. The next gas station is 15 kilometers down the road, but I make that effort to not have anyone earn my money who does not show me the respect I deserve as a customer. I truly believe that every cent in my wallet is economic power that I can wield.

So last weekend I tallied all my gas expenses over 2020 and it came to 2000 and 76 euros. That’s more than 2000 euros that this A-hole did not earn. Now imagine if more migrants would start to realize that they can wield ‘economic power’

A UN report that was published last week estimated that the number of migrants globally has reached 281 million. Multiply that by 2000 and 76 euros …

But also think about my students who they wanted to hold back. Imagine the wealth in earnings, in contributions to the GDP, the wealth in remittances that they would be able to send back home to help their families survive … to boost their country’s economies.

Imagine if all of that does not reach its full potential because people are held back? And then multiply that by 281 million.

Yes I know I exaggerate. Not all immigrants are held back.