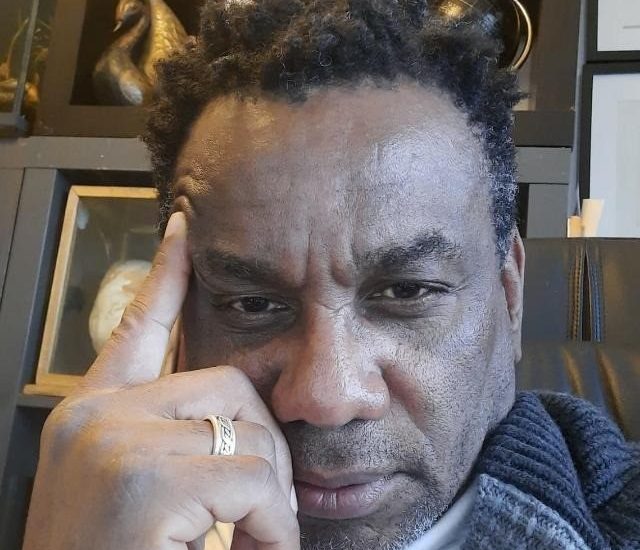 By Marvin Hokstam in Amsterdam

In Amsterdam involving migrants in their wellbeing proved effective this week.

The predominantly Black neighborhood of Zuidoost (Southeast) Amsterdam, woke up on Monday morning to a call to riot. Throughout the weekend police and military police had clashed with rioters in the cities of Eindhoven, Hilversum and Rotterdam and in the center of Amsterdam. On Saturday night a coronavirus testing center was torched in the fishing village of Urk. Rioters set cars and bicycles ablaze, looted shops and destroyed property in the Central Station of Rotterdam. As police in riot gear set out to quell the unrests in the cities, several people were injured and hundreds arrested, but the rioters were difficult to push back. Rioters pelted police with rocks sending at least one officer to the hospital.

The tensions had initially been triggered by anger over the coronavirus lockdown that has been in force since mid-December and the 9:00pm-4:30am curfew that has been in effect since last week, but it has since degenerated into vandalism. The crowds contained mainly young white Dutch people with right wing tendencies, convinced that they had to take to the streets to defend their civil liberties, cringeworthy similar to the civil liberties that the insurrectionists at the Capitol in Washington were saying that they were fighting for, fired up by impeached former US President Donald Trump.

So when on Monday morning calls rang through the social media messaging app “Telegram” to bring the destructive riots to Amsterdam Zuidoost Tuesday evening, the resistance to the resistance was swift and clear. Residents denounced the call and shared messages on their social media accounts that read

Nope! Zuidoost will not riot. We will not destroy our neighborhood. This is not our fight! We have bigger things to focus on, like better healthcare during this pandemic and making sure that our children are not left behind.”

Reminiscent of the harsh response Black Life Matters and other anti-racism demonstrations have always been met with, fears were that migrants stood a larger chance -than the white protestors- of incurring the wrath of authorities. “If you do not want to visit your children in the hospital, or find yourself burying them soon, keep them home.”

Community leaders sent out calls to parents to keep their children at home and on Tuesday night groups of fathers patrolled through their neighborhood to ensure calm. City Council member Simion Blom was among them. “I have been around all day. It was beautiful to see perfect strangers addressing each other; adults were addressing young people and calling on them not to go riot.”

Families huddled in the cold breeze outside the local train station to pick up their teenage children from school and work, to make sure they would get home safe. “My daughter should be arriving soon. I am not taking any chances, so we are to make sure she gets home safely, even while I am reassured that my sweet Zuidoost will not let crazy things happen here,” said one mother, clad in a thick wintercoat and her face hidden behind a facemask. She was there with two other children of hers and her own mother.

Police reported on its Facebook page that there had been no disturbances. “We had large numbers of officers on the streets, but they were not needed in Zuidoost. That things remained so calm is achieved through the input of the community. We are thankful to everybody who has contributed for their input and their strength,” their statement wrote, captioned with the hashtag #unity.

The community of predominantly migrants has proved that its strength lies in its ability to pull together in times of trouble. A trait that Government here has consistently failed to take advantage of as it is bumbling through its response to the pandemic.

A UN report released on January 15 2021, notes that “growth in the number of international migrants has been robust over the last two decades, reaching 281 million people living outside their country of origin in 2020, up from 173 million in 2000 and 221 million in 2010.  Currently, international migrants represent about 3.6 per cent of the world’s population.” The report “International Migration 2020 Highlights”, by the Population Division of the UN Department of Economic and Social Affairs (UN DESA), also notes that migrant (women) are catalysts of change, promoting positive social, cultural and political norms within their homes and throughout their communities.

The contributions migrants make meanwhile remains in stark contrast to the maltreatment they often receive. The horror stories that detail the treatment that befalls migrants are too many to tell, from the “thousands of children were cruelly separated from their parents and held in cages at the US border on the order of President Trump’s administration in June and July 2018” to the 1.9 thousand and 979 who people died in 2019 and 2020 respectively, while crossing the Mediterranean Sea, some of whom were sometimes provoked by the security agencies of some destination states.

Imagine if all migrants would not be hindered in having their potential impact on the communities that they enrich with their presence. Speaking on Tuesday January 19 at the webinar on “Eliminating all forms of discrimination and promote evidence-based public discourse to shape perceptions of migration”, I myself related the common story of students that I work with who are held back at lower-level schools here in Amsterdam because of their migrant background.

Imagine the wealth in earnings, in contributions to the GDP, the wealth in remittances that they would be able to send back home to help their families survive … to boost their country’s economies. The UN report states that the volume of remittances sent to low-and middle-income countries was USD 548 billion in 2019. Imagine if all of that does not reach its full potential because people are held back?

Imagine the cost of destruction that was prevented when migrant parents stood up and said no to rioting Tuesday night?

Imagine if -in its response to the pandemic- Government here would involve the migrant community more, speak with them more instead of just speaking about them; or if they would ignore them less. In that light, the cooperation between police and the migrant community this week may serve as a prime example of how much can be gained from improved communication.

One particular source of annoyance is how Government fails to include people of migrant background in its COVID-19 panels and how calls for information on the impact the pandemic on the Black community for instance, have structurally gone unanswered.

In April 2020 the National Platform for People with a Slavery Past LPS pointed out to the Health Ministry that there were a host of concerns about the response to the pandemic, from fears that medical practitioners still believe that Black people have a higher pain threshold, to business support for Black owned business and students lagging behind during the lockdowns. Government never responded, even while reports from the US and the UK were that their Black and migrant communities were being hit hardest by the pandemic. There is a lot to gain from better communication with migrant communities in particular … with all communities as a whole.

Some have remarked that the ongoing anti-lockdown and anti-curfew riots would not be taking place, had Government’s communication with all communities been better.