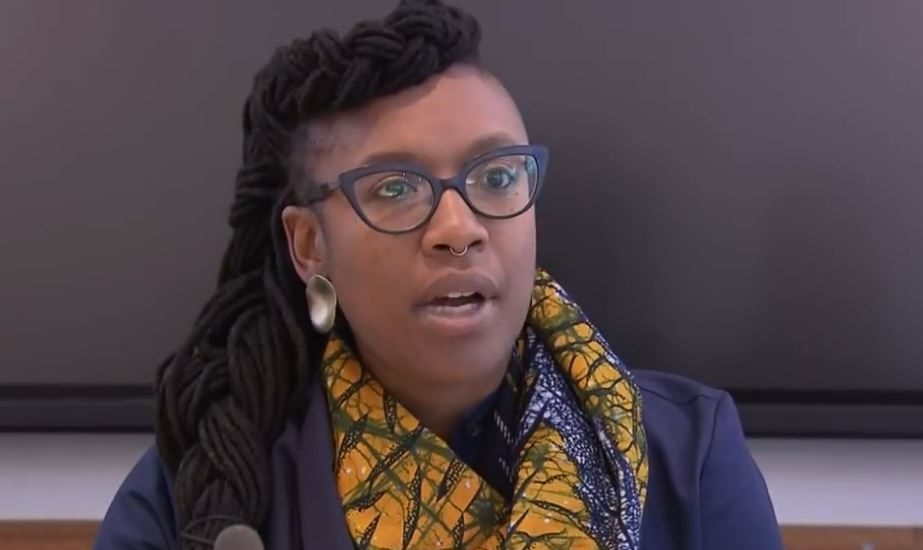 THE HAGUE — “There can be no doubt that the figure of Black Piet embodies degrading and dehumanizing racial stereotypes about black people, reflecting both unconfronted colonial legacies and the persisting subordinate status, especially of Dutch people of African descent,” E. Tendayi Achiume, the UN Special Rapporteur on contemporary forms of racism, racial discrimination, xenophobia and related intolerance said on Monday.

Tendayi Achiume issued a statement as she was wrapping up a visit to the Netherlands from 30 September to 7 October 2019, during which she assessed the Kingdom’s efforts in eliminating racism, racial discrimination, xenophobia, and related intolerance in its territories. “As Special Rapporteur, she is independent from any government or organization, and serves in my individual capacity as an expert on the issues relating to her mandate,” her office wrote in a press release.

In her report she addresses a host of issues relating to race matters in the Netherlands, ranging from “Political Representation” of minorities to “Hate Crimes and Hate Speech” and “Law Enforcement and Ethnic Profiling.”

She reported: “According to minority communities and reports by experts, racial and ethnic profiling by the Dutch police and the Royal Netherlands Marechaussee is a common practice” and mentioned the recent case of whistle-blower Fatima Abouloufa, a police Team Leader who was suspended after raising the issue of racism and intolerance in the force.

She was remarkebly terse on the matter of zwarte Piet, the black faced character in the annual festivities headlined by Sinterklaas, a bearded do gooder who brings children toys and candy in early December. While many people insist that the blackfaced character is an innocent part of Dutch folklore, opponents decry him as a painful racist stereotype; he is portrayed with thick black curly hair, thick accentuated red lips and hoop earrings, much like enslaved Africans would supposedly look a few centuries back. That he is often played by white people with their faces blacked, his speech is heavily accentuated and almost unintelligible, while he does funny caprioles to entertain his master and his guests, is clearly a prejudiced stereotype of black people, the opponents say.

“The figure of zwarte Piet in Dutch cultural life has been the subject of prior human rights analysis and remains greatly contested in the Netherlands. There are many for whom this remains an innocent cultural performance, but there can be no doubt that the figure of Black Piet embodies degrading and dehumanizing racial stereotypes about black people, reflecting both unconfronted colonial legacies and the persisting subordinate status, especially of Dutch people of African descent,” the UN Rapporteur stated.

She said that national and municipal authorities should engage with racial and ethnic minority communities, especially people of African descent, to ensure that state-sponsored cultural events and narratives are transformed to fully reflect the Kingdom of the Netherlands and its people. It requires a “genuine commitment to racial equality, non-discrimination and inclusiveness,” she said.

She noted positive developments though, hinting at a decision by the organisers of this year’s televised national Sinterklaas parade to only include the appearance of “soot Piet”, in which the character only has black smudges in his face, supposedly from when he climbed down the chimney to bring children their gifts. Tendayi Achiume also mentioned “the constructive and inclusive processes that the city of Amsterdam and others have pursued to combat racism and embrace cultural expressions that better reflect Dutch diversity.” The release said that “she commends these efforts.”

But Barryl A. Biekman, the Chair of the National Platform on the Dutch Slavery past took offence to her referring to the “Soot Piet” as a positive development. “We are of the opinion that the Special Rapporteur was not informed well about the Soot Piet case … Soot Piet is an expression of the implementation of racial language with regards of the colour of the skin of the black African person and an interpretation of colourism. By introducing the Spanish Nobleman suits for ‘Black Piet’ Amsterdam can never identify as progress in the struggle against ‘black face’,” Biekman said.