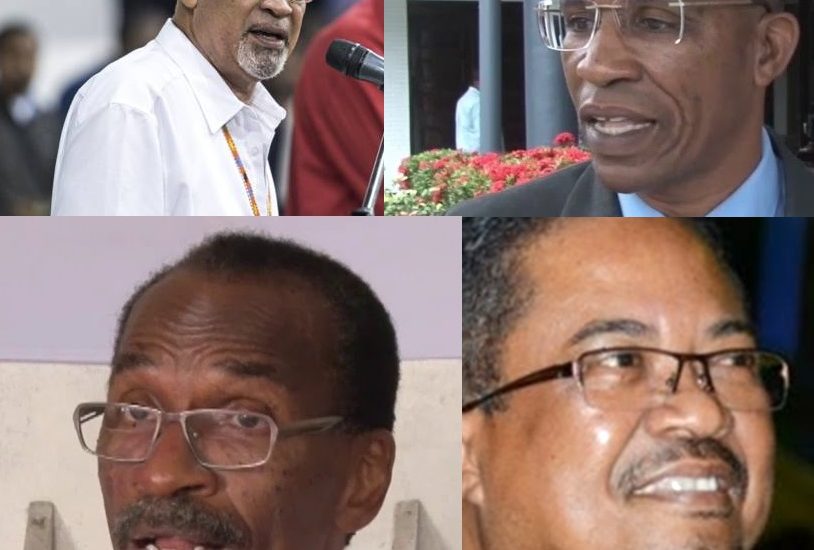 PARAMARIBO — As Suriname is gearing up for the 2020 General Elections, the political rhetoric would be the funniest April Fool’s joke if it were not true: politicians caught up in a war of words over who compares to the fiercest animal.

It all started when, at his kick-off 2020 rally at his party headquarters in Paramaribo on Friday, President Desi Bouterse said in a metaphor that his National Democratic Party is a “A Tiger that is Awake!” “Go ahead if you want to underestimate us, but do so at your own risk,” he said, as he promised a continuation of a list of projects that have been carried out since he took office in 2010.

But then opposition Parliamentarian Edward Belfort (ABOP), who from his time as an unforgiving policeman still bears the nickname “Tigri Barba” (Tiger’s Beard), took offense. “How come all of a sudden Bouterse is the Tiger? Everybody knows that I am the real Tiger with the Beard that you do not dear to stroke,” Belfort charged on Saturday.

A former Justice Minister from Bouterse’s first cabinet (2010-2015), Belfort has been a fierce critic of Bouterse’s from when Bouterse chose not to partner with his party for the 2015 elections. Speaking to journalists on Saturday, he accused the President of copying him “because he is scared of me realizing my dream of becoming President. That’s why he is doing this,” he said. “He has made all sorts of promises to be public that were never kept. And this whole act is to lull the people in sleep. And he is not fit physically; he needed help to get on stage and his speech was incoherent. He did not appear strong at all. He claims to be awake, but he is fast asleep.”

Then, as if that animal reference tug of war between the President and his former Justice Minister was not prompt enough to roll, the chairman and a member of the National Party Suriname (NPS) decided to drag it into overtime.

NPS member Wilgo Valies, who in 2017 led a crippling nationwide teacher’s strike, chimed in on Sunday with “if Bouterse is a Tiger, he should know that I am the Lion.” Valies, a veteran unionist laughed at Bouterse’s ‘Tiger’ reference, charging that after years of inactivity the President suddenly claims that he has finally grown teeth, now that elections are around the corner. “Do not fall for this,” he urged his audience at a rally in District Marowijne. “There is a lot of poverty around and the people who are in Government at the moment are only thinking of themselves. The change will come when NPS is in Government.” He warned that if NPS would lose the elections, Suriname would be heading in the same direction that Venezuela went with its economically that has totally spun out of control.

And then, not to be outdone, NPS chairman Gregory Rusland said at the same rally in District Marowijne that “if Bouterse is the Tiger and Belfort is the Tiger’s Beard, then I am the Zoo Keeper!”

He too warned of worsening circumstances if Bouterse’s NDP would win again. “When they took over from the New Front Government (a coalition including NPS .ed) in 2010, we had left enough resources in the state’s coffers. The country had well stocked reserves in gold and foreign currency, but the current Government wasted it all in the past three years. Now they’re out borrowing money all over and that is something that we should not underestimate. Surinamealready  owes approximately US$ 2.5 billion and that is a debt that the next generation will be saddled with,” Rusland warned.

He claimed that at the moment Government is looking to enter into more than US$2 billion in loans and called on the electorate not to give the NDP mandate to continue its adventure.

While between the lines the message read clearly that the opposition parties wanted Bouterse and his NDP out of Government, it was the war of wordplay with animal references that caught the most attention at the start of this election season. “And they are not even creative with it. These are all foreign animals. We don’t have Tigers and Lions in Suriname,” one observer remarked. “Why don’t these politicians fight over the name of our Baboon (howler monkey), because all they’re making is noise.”

Noteworthy was that meanwhile VHP, the largest opposition party that coincidentally has a large black elephant in its orange logo, has not joined in the fray. One person did joke on Facebook that Ronny Brunswijk, the former guerrilla leader of the Jungle Commando who chairs the ABOP party, would soon announce that he is The Black Panther. “April Fool’s,” he was quick to add.