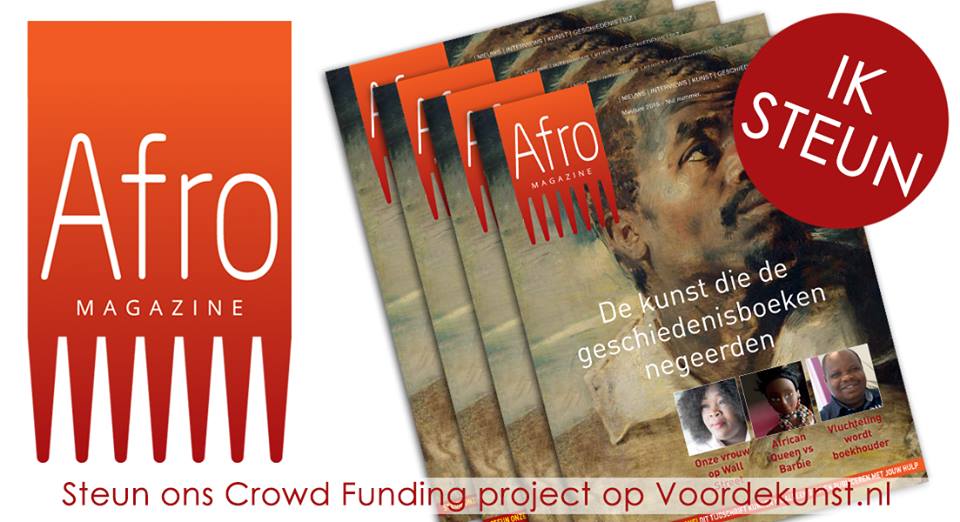 AMSTERDAM, Netherlands — Former St. Maarten journalist and communications expert Marvin Hokstam has started a magazine for black people in the Netherlands. The Zero edition of AFRO Magazine rolled off the presses earlier this month and HOX Media Projects, Hokstam’s Amsterdam company is running a crowdfunding campaign to publish the First edition of the Dutch language bi-monthly by the end of July.

Starting AFRO Magazine became his new dream. “It’s not like I am blessed with seas of time; I have a pretty busy job, but with my journalist background I came to consider it my responsibility to bring that black perspective. So many stories about the Black Community in the Netherlands never get written because the mainstream media doesn’t know about them. So many events never get coverage. I attended the opening of a black museum in Amsterdam there; there were no journalists from the mainstream media there. The role of the media is to inform, but we also educate … what does the media teach (young people) when it only writes the stories about people who made it through hard work, when it concerns white people? I have been meeting so many interesting, hardworking black people here who have got great stories to tell.” 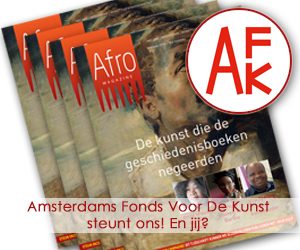 The website is updated daily with black news stories and the Facebook page is rapidly gaining traction. The printed magazine brings the background stories.

The cover of the Zero edition shows a painting of a black man by Flemish artist Pieter Paul Rubens (1577 –1640). “Rubens made painting in Antwerp, right here in Europe. Rembrandt also made paintings of black people around that same time … two years ago when I first heard that these ‘classic art masters’ also painted black subjects, it almost made me cry. Many people don’t know it, because we are taught to think that black people did not come to Europe back then. So in the start edition of AFRO Magazine I wanted to reach back and tell the story about how long black people have been present here. And about the art that the history books conveniently neglected. That became our starting point to continue telling the stories about black people on this continent,” said Hokstam.

He said the project held special meaning to him, so he poured his savings into it. “I have produced dozens of other publications before, but AFRO held a totally different meaning to me.”

The reactions to the subtle launch were promising. “A few grammar mistakes were able to find their way into the magazine and I always fear that one call from that nagging person who will point them out. That call never came. Everybody speaks in superlatives about it. People are really proud about the product. One man walked up to me while I was talking to someone else, grabbed my hand and shook it. He looked me dead in the eyes and said ‘I read AFRO Magazine from front to back and it gave me goosebumps!’ That left me quiet for a while.”

Last week Anti Zwarte Piet activist Quinsy Gario –also a former St. Maarten resident-, devoted an interview segment of his radio program Roet in het Eten (Soot in your Food) to AFRO Magazine. “First he reached out when he noticed something wrong in our Twitter link. Then he offered to interview me about the magazine. I was really happy with this support, because this is one young man I am proud of. As an activist he swims up against the current in a way I cannot as a journalist and that was one of the things I told him during our radio interview. To reciprocate, I have meanwhile also interviewed him about his own upcoming TV program and about who he really is, because the mainstream media always does him off as this angry black man who wants to destroy their beloved racist tradition.”

With his interview Gario also wanted to boost AFRO’s crowdfunding campaign. “We launched the campaign to raise funds for our First edition. It costs money to produce a magazine and we had hoped that people would understand quickly why what we’re doing is so important. And because we also want to keep the threshold of the magazine low for the audience and potential advertisers, we tried to not become too expensive.”

With less than 10 days to go before it ends, the campaign raised less than 25% of what Hokstam was hoping for, despite a generous contribution from Amsterdam’s Fund for the Art. “Of course we have alternatives in place, but we had really hoped for stronger community support.” He said that AFRO would come out nonetheless. “Who knows, maybe supporters from the Caribbean will rush to our aid,” he winked with his usual grin.

A fish out of the water best grow lungs. AFRO Magazine is my lungs.”

The First edition of will be launched during the annual Kwaku Summer Festival that runs from July to August. The intention is for it to also be distributed in St. Maarten, Saba, Sint Eustatius, Curacao, Aruba and Suriname. “The audience in the Dutch Caribbean deserves to know these stories too.”

The Suriname-born veteran Caribbean journalist says that while he no longer lives in the region it will always be dear to him. He moved to the Caribbean in the early 90’s and lived in St. Maarten from 1997. He worked for The Daily Herald and Today Newspaper as editor, and as regional correspondent for several regional and international news media, winning several journalism awards along the way. He also worked as communications consultant for the airport. “St. Maarten was home, in a strange way sometimes more than Suriname was, but I eventually had to swap it for the Netherlands. Coming here was a big leap and I felt like a fish out of the water at first, but I always say: a fish out of the water best grow lungs. AFRO Magazine is my lungs.”