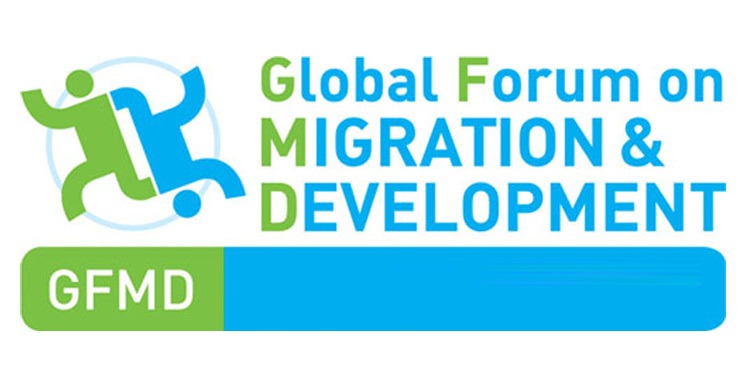 By Marvin Hokstam in Amsterdam

The 13th Summit of the Global Forum on Migration and Development (GFMD) came to a close on Tuesday January 26, with one of its most resounding calls being made by Bangladeshi Foreign Minister Abul Kalam Abdul Momen, for a more right-based approach to protect migrants during both normal and crisis times. “Shared responsibility, cooperation and inclusiveness are critical in addressing challenges to effective migration governance,” said the Foreign Minister.

In other words: involve migrants more in their own wellbeing.

His statement is starkly similar to the partnership between stakeholders that veteran GFMD delegate William Gois Regional Coordinator of the Migrant Forum Asia (MFA) is calling for: “Unfortunately stakeholders are still in that place of dialogue. We have not translated dialogue into action. There might be pockets in parts of the world where the civil society has gained greater space, but there is still a long way to go,” he said at the close of the Summit.

The GFMD is a voluntary, inter-governmental, non-binding and informal consultative process open to all state members and observers of the United Nations. The 13th Summit – Future of Human Mobility: Innovative Partnerships for Sustainable Development – held virtually from January 18-26 under the patronage of Sheikh Mohammed bin Rashid Al Maktoum, Vice-President and Prime Minister of the UAE, was for the first time entirely online, using state-of-the art technology.

The summit came just days after the United Nations (UN) released its report “International Migration 2020 Highlights”, that detailed that “growth in the number of international migrants has been robust over the last two decades, reaching 281 million people living outside their country of origin in 2020, up from 173 million in 2000 and 221 million in 2010.  Currently, international migrants represent about 3.6 per cent of the world’s population.” The report also noted that migrant (women) are catalysts of change, promoting positive social, cultural and political norms within their homes and throughout their communities.

COVID has been a leveler

The contributions migrants make meanwhile remain in contrast to the maltreatment they often receive. A 2020 report by UNHCR, the UN Refugee Agency noted horror stories, from the “thousands of children cruelly separated from their parents and held in cages at the US border on the order of President Trump’s administration in June and July 2018”, to the 1.9 thousand and 979 people who died in 2019 and 2020 respectively, while crossing the Mediterranean Sea; some of these deaths were sometimes provoked by the security agencies of some destination states.

William Gois spoke with some frustration about the slow headway that the GFM has made in the 14 years that it has been active. “It’s been 14 years of dialogue and we still have to reach a place where the ideas of the civil society are taken on board and where governments are willing to work with us in a concrete way to deliver results.”

He said that governments tend to listen to the “big UN agencies and big NGO’s instead of taking on the ideas of grassroots organizations on matters like social protection for migrant workers and access to justice. “They largely fail to listen and established dialogue that could lead to progress.”

He said that there is a shortage in political will. “Especially during the COVID pandemic. The whole world is on its knees and we would have hoped that we would have come together, but we are still in a business-as-usual mode,” he noted.

The pandemic caused the loss of some 400 million jobs by the second quarter of 2020, with a disproportionate impact on migrants, but the International Organization for Migration (IOM) in December still found itself having to call on governments to include all migrants present in their territories – no matter their legal status – in their vaccine deployment considerations, so that those at high risk of severe disease or death can be reached. “As frontline health workers are prioritized, let’s not forget the countless migrant frontline health workers. We have learned the hard way that no one’s health is protected until everyone’s health is protected,” the organization wrote.

COVID has been a leveler”

Gois appealed for a fundamental review of “how our societies have been organized. How we categorize people as migrants and refugees and undocumented and things like that. COVID has shown that it recognizes none of these categories. The only way to address it is that by ensuring there is a sense of equality. You can’t say that only citizens receive the vaccine, or that only documented migrants are included. Or say no undocumented migrants. You can’t make that distinction. The vaccine has to be made available to all.”

Gois, who has been involved in GFMD from the start, said that he had hoped for more headway during the 13th Summit. “Over the years GFMD has grown; we now have private sector and business stakeholders, civil society, national and local governments are involved, as well as a youth forum, but we still have to find a way to get all stakeholders together toward common ground. We are not close to that. We were hoping that this would be the year,” he remarked.

Discussions again touched on matters surrounding irregular migration, with countries of defending their rights to respond harshly to undocumented people. Gois felt that this is because governments refuse to recognize the root causes of why people are migrating; “it could be that they are trying to escape conflict or hunger, or that they are looking for better economic prospects than the ones in their own countries.

And sometimes the real cause lies in a history of developments gone wrong, which sometimes can be because foreign investments, or multilateral institutions like World Bank dictated strategies that went wrong. Farmers have lost land because of these things. We all know the histories of conflicts that were supported by the west; western arms dealers selling weapons to armies in other countries. So much has gone wrong and created an impetus for people to move out for survival.”

He said that migration is often out of desperation created by the world, but it is not always necessary welcomed. “We need to understand why people move and not think of it as something that we must contain. That these people will enter and destroy our way of life and our culture. We should rather be thinking of what triggered it and how we can improve their situations,” he said.

He railed against the belief that states have the right to detain undocumented migrants. “They see it as a tool for deterrence, but migration is an administrative issue. It’s not a crime. You don’t have to send people to detention centers.”

He said that instead of making it easier, destination countries do not create enough regular pathways for people to enter. “The lopsided reality is that countries of destination need the migrant workers. You saw that in the agriculture sector in Europe during COVID; fruits were just lying there because the seasonal migrants were not coming in to work the farms. There is a dependance on migrant workers, but at the same time a refusal to recognize it; it’s this transactional dialogue where the power dynamic lies with the host country, whereas it should be a dialogue of interdependence. There should be a proper program for migration with respect for the rights and dignities of people, that understands that migrants benefit the development of countries. Destination countries should make that leap to codependence,” he said.

Gois said he looked forward to when the few examples of good practice -like Portugal at the beginning of COVID giving residence papers to all the undocumented-, will not be far and wide apart. He nonetheless said that he understood that the slow pace is part of the progress.

“We have seen years with good ideas that we were able to move on, then there were years that we could have done better. Sometimes the members that chaired GFMD were supportive in advancing the agenda and then some chairs were more caught up in the prestige of hosting a global event. What we need is more political will and commitment. At this stage we need a chair to come and say ‘guys we’ve been working for 14 years. There’s enough trust; it’s time to take on the harder issues.’ There are people involved who have been there throughout the 14 years. There’s history, experience and wisdom. Get them together to come up with an agenda to move forward on. There are pockets of good practice, but not enough to make policies mainstream,” he urged.

He kept coming back to political will and commitment. “We still have to reach a place where the ideas of the civil society are being implemented. There has been a lot of dialogue, but when different stakeholders come together, at a certain stage dialogue has to be transformed. It is time. You have to be willing to leave the place better than you found it. And I feel that is missing. We are not yet at that tipping point where the GFMD had become the catalyst of change. For that you need political will, you need champions for change, and you need the stakeholders to come together in a much more grounded manner.”